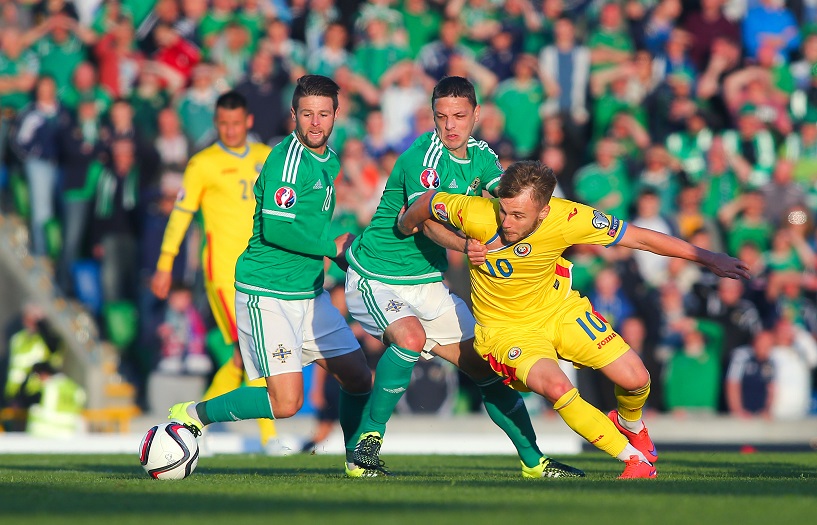 It keeps Michael O’Neill’s men second in Group F, just a point behind their opponents.

With Windsor Park being redeveloped, there were just two stands in use for the match. But the 10,000 crowd provided plenty of passion for the showdown between the group’s top two sides.

In the end, manager O'Neill may be satisfied to have taken a point as his side edge towards the 18 the Northern Ireland boss believes will seal automatic promotion.

But it was Manchester United defender Jonny Evans who came closest to scoring in the first half. Up for a corner just before the break, Evans headed towards the roof of the net but visiting keeper Ciprian Tatarusanu deflected it over the bar.

A 64th-minute mistake by Gareth McAuley could have proved costly to the hosts as Gabriel Torje pounced on the West Brom man’s  poor control to race clear. Fellow defender Evans, though, did a good covering job and managed to deflect Torje’s shot just wide of goal. It was a narrow escape for the hosts.

Late in the game Northern Ireland pushed for the victory would have seen them spend the summer at the pinnacle of the group.

Striker Kyle Lafferty was in a prime position but shot straight at Tatarusanu from Gareth McAuley’s knock down, while Oliver Norward saw a dipping free-kick tipped over by the Romanian keeper.

The draw keeps Northern Ireland very much in what is a three-horse race for the two automatic qualification places available for the 24-team Euro 2016 finals in France.

Romania stay top with 14 points from six games with Northern Ireland one behind and third-placed Hungary on 11.

Michael O’Neill’s men will be looking to pick up three points in their next match which is away to the Faroe Islands on 4 September. Three days after they host the Hungarians in a match which could see Northern Ireland all but seal qualification.

NI skipper Steven Davis said: “It was a good point but also perhaps an opportunity missed.

“Overall it was a good performance but we just could not get the goal which could have given us the three points.” 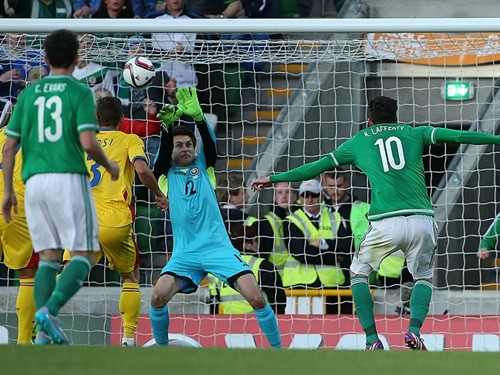 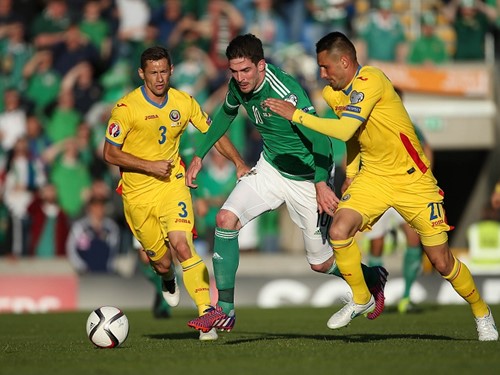 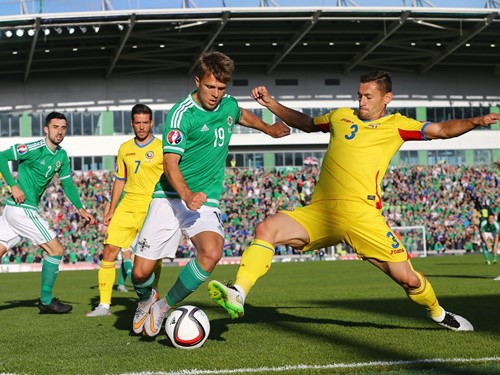