When Trevor Carson won his first senior cap against South Korea in March 2018 he became the first player over the age of 30 to make his debut for Northern Ireland in nearly 40 years!

The last had been Linfield defender Peter Rafferty who was just shy of his 31st birthday when he played his one and only game for his country in October 1979 in a 5-1 defeat to England in Belfast.

The Killyleagh-born netminder had been first called up onto the senior Northern Ireland panel as far back as February 2010 but had to wait a further eight years before Michael O’Neill handed him his first cap.

Carson began his career in England with Sunderland where he spent eight years without making a first-team appearance at the Stadium of Light.

During that time he was farmed out on-loan to no fewer than six league clubs where he gained valuable experience before being released by the Black Cats in the close season of 2012.

His next stop was Bury where he spent two seasons before he was on his travels again, this time linking up with League Two side Cheltenham Town.

After just one campaign with Robins, where he made 51 appearances, Carson signed for another League Two outfit Hartlepool United in the summer of 2015.

Unfortunately he suffered relegation to the National League with ‘Pools at the end of the 2016/17, after which he put pen-to-paper on a three-year contract with Motherwell, managed by former Northern Ireland assistant manager Stephen Robinson.

He quickly established himself as the number one keeper at Fir Park and in his first season finished up with Scottish Cup and League Cup runners-up medals after losing both Finals to Brendan Rodgers’ Celtic.

After shortly winning his fifth cap for this country in the 2-1 home defeat to Austria in the Nations League in November 2018, it was reported that he had been diagnosed with Deep vein thrombosis which ruled him out for the rest of the campaign. 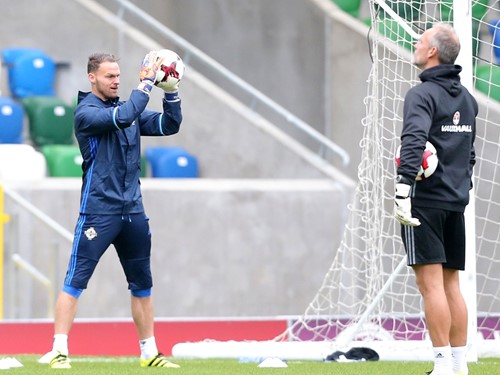 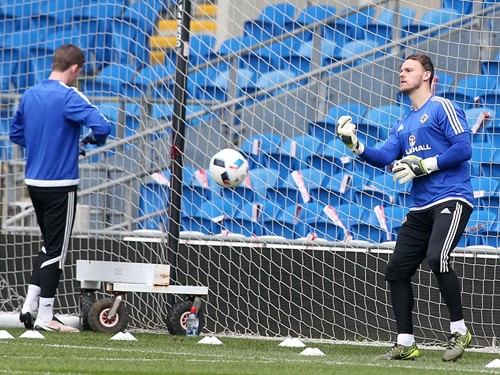