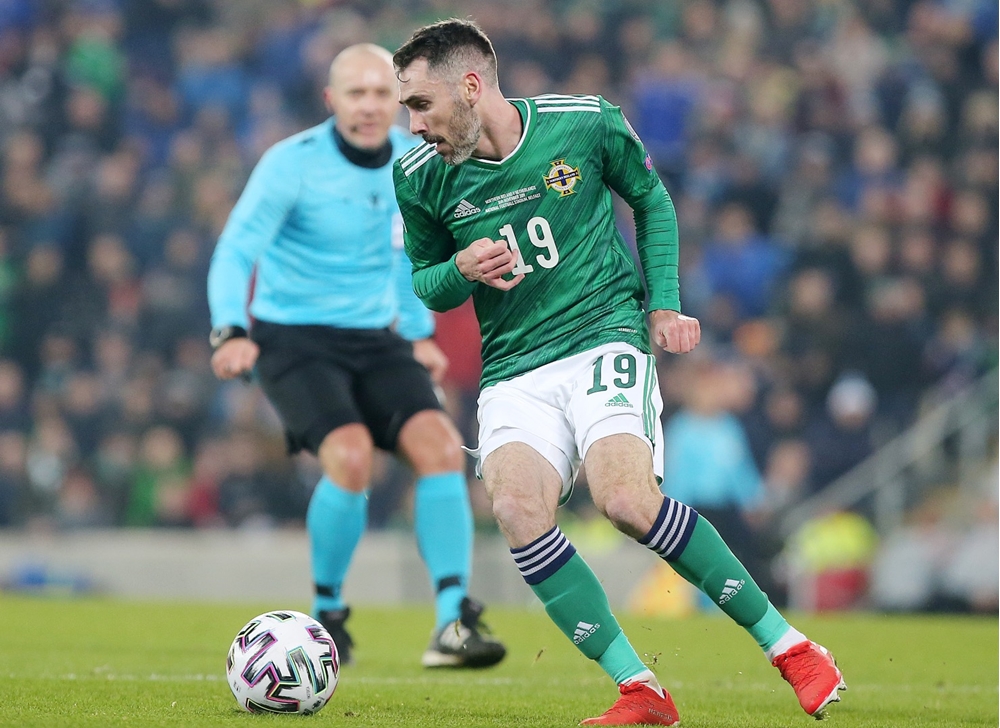 AT 27, defender Michael Smith must have thought his chances of ever being capped by Northern Ireland at senior level had gone.

But some very impressive displays for League One Peterborough United in front of a watching Michael O’Neill last season meant he was called up into the squad for the first time for the friendly matches with Wales and Slovenia i the Spring of 2016.

After remaining on the bench for the Wales game he was given his first senior cap against Slovenia as a right wing-back at the newly refurbished Windsor Park; he did not disappoint either giving a measured performance before being substituted on 71 minutes.

Like his fellow international defender Gareth McAuley, Smith began his career in the Irish League, firstly at Ballyclare Comrades then with Ballymena United.

At the relatively late age of 22 he moved into professional football in England with Bristol Rovers who signed him for an undisclosed fee in the summer of 2011.

He quickly established himself at Rovers and after three seasons and 114 first team appearances he was snapped up by Peterborough United on a three-year deal in July 2014.

In June 2016 Smith put pen-to-paper on a new contract that will see him remain at London Road until June 2019.

Smith was transfer-listed by Peterborough United at the end of the 2016/17 season and subsequently joined Scottish side Hearts on a two-year deal for an undisclosed fee.

The Ballyclare man extended his stay at Tynecastle Park when he signed a new 2 1/2 year contract in January 2019 and ended the campaign by picking up a Scottish Cup runners-up medal after losing the Final 2-1 to Celtic.