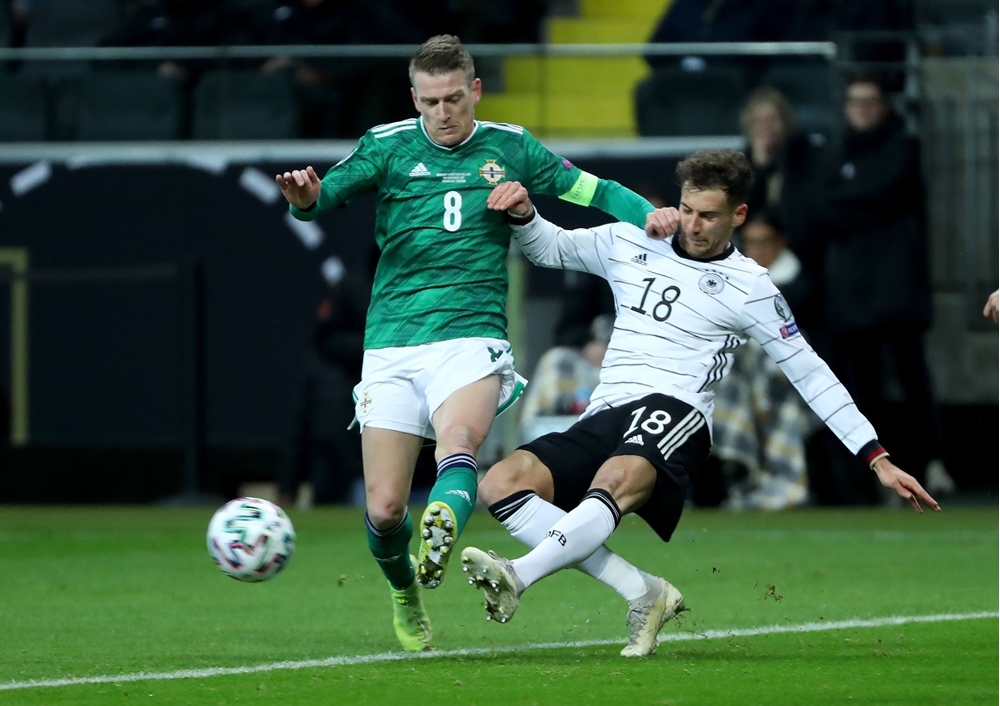 WHEN Michael O’Neill’s side defeated Greece 3-1 at Windsor Park to reach the Finals of EURO 2016, Steven Davis made a little bit of history by becoming only the fourth player ever to skipper Northern Ireland to a major tournament.

The other three players in that elite group are of course Danny Blanchflower (Sweden 1958), Martin O’Neill (Spain 1982) and Sammy McIlroy (Mexico 1986), all Northern Ireland legends!

After representing his country on over 30 occasions at youth level Davis made his senior debut during Lawrie Sanchez’s reign in a surprising 1-0 home defeat to Canada in February 2005.

His competitive debut came only a month later in a World Cup Qualifying encounter with England at Old Trafford which Northern Ireland lost 4-0.

However the next time he faced England in Belfast in September 2005 it was a different story as his delightful chip set up David Healy’s stunning 74th minute winner against Sven-Goran Eriksson’s star-studded outfit.

Davis was made captain of the International team by manager Nigel Worthington on his 50th appearance for his country against Estonia in October 2011, a position which he has retained under current boss Michael O’Neill.

A product of St Andrews Boys Club, Davis moved to England as a trainee with Premiership side Aston Villa in 2002 and was part of the youth team that went on to lift the FA Youth Cup against Everton that season.

After five years at Villa Park Davis’ former International manager Lawrie Sanchez paid £4 million for the much underrated midfielder to take him to Fulham, though after failing to settle at Craven Cottage he signed for Rangers in the summer of 2008 following a successful loan spell with the club.

His time at Ibrox was laden with success and he won three league titles, three Scottish Cups and four League Cups during his four years in Glasgow.

Unfortunately Rangers off the field financial problems meant Davis was on his travels again in July 2012 when he returned to the Premier League with Southampton for an undisclosed fee.

The Ballymena-born midfielder was pivotal in Northern Ireland’s success in reaching EURO 2016 and it was no coincidence that the only match which Michael O’Neill’s team lost during qualification was in Romania when Davis was unavailable through injury.

In June 2016 Davis signed a new contract with Southampton which will keep hm at St Mary's Stadium until the end of the 2018/19 season.

In January 2019 Davis returned to Rangers on loan until the end of the season.

After seven years on the South-Coast with Southampton Davis put pen to paper on a twelve month deal with Rangers in June 2019. 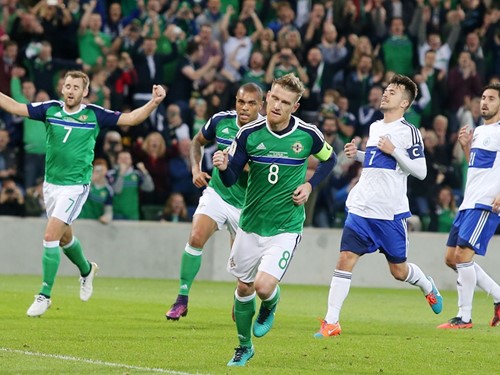 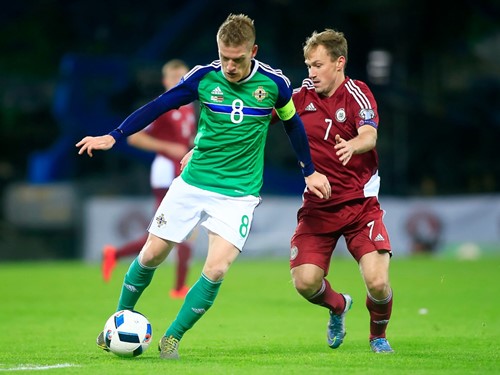 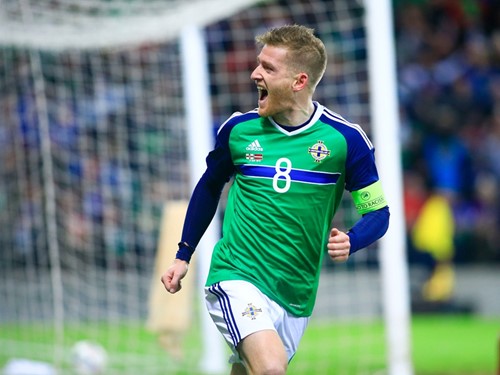 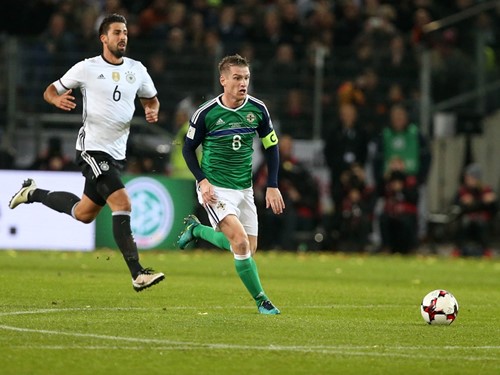 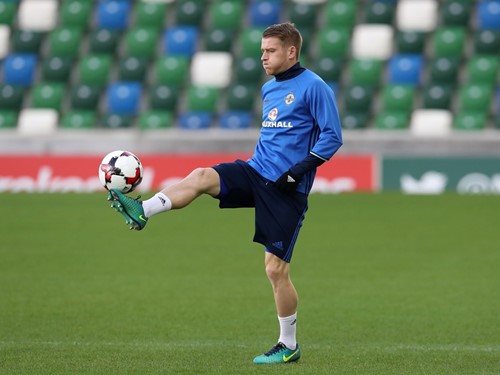 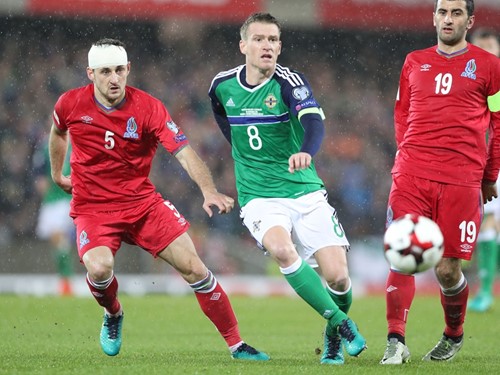